What is Burning of Crypto Coins 2022 | Crypto Burning Good or Bad?

Crypto Burning - To keep the price of cryptocurrency coins under control, miners and developers withdraw a certain number of coins from circulation. It is typical practice in the industry to incentivize long-term holding among users by controlling the price by limiting supply.

This is usually done periodically to maintain the supply of the crypto coins under control.

The term "burning" cryptocurrency refers to the act of permanently withdrawing a number of tokens from circulation. This is usually accomplished by sending the tokens in question to a burn address, which is a wallet from which they cannot be reclaimed. This is commonly referred to as token destruction.

To limit the overall supply, a project burns its tokens. To put it another way, it causes a "deflationary" occurrence. Because assets tend to rise in price when the circulating supply falls and they become rare, the motivation is frequently to increase the value of the remaining tokens. 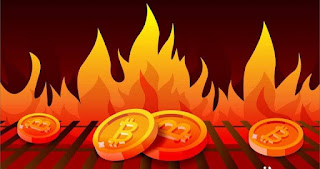 According to Sathvik Vishwanath, Co-Founder, and CEO of Unocoin, coin burning occurs either because the project has received tokens from customers in exchange for services provided, or because the company has opted to trash some tokens in order to raise the value of others in the market.

According to Vincent Lau, Managing Director of Huobi Global's International Operations, limiting the token supply helps support the token's price in the market and can raise its worth over time.

These burns also have the goal of lowering inflation.

To limit the overall supply, a project burns its tokens. To put it another way, it causes a "deflationary" occurrence. Because assets tend to rise in price when the circulating supply falls and they become rarer, the motivation is frequently to increase the value of the remaining tokens.

Algorithmic stablecoins work in a similar fashion, minting new tokens and burning them often to keep their dollar-pegged value. If demand for the stablecoin increases and the price diverges from its dollar peg, the protocol's smart contract will automatically issue a large number of new tokens to bring the price back down, and vice versa.

Burning tokens is akin to a corporation buying back its stock. In this way, the corporation "returns the value" to its stockholders. To achieve the same purpose, crypto projects burn their tokens.

When the token is burned, the price of the token does not necessarily rise overnight. Other news concerning the token can sometimes overshadow the impact. Alternatively, investors may anticipate a token burn and "price it in" at an early stage. Even said, burning tokens is regarded a beneficial action in the long run because it tends to support an asset's price.

It is a beneficial event for investors, according to Vishwanath, because it reduces the overall number of tokens available for circulation.
"It's critical for investors to understand that this event is taking place when it's taking place, and what the burn is going to be so that the price variation due to the event is included" he emphasizes.
In some ways, this is similar to the reduction of equity in a corporation that was never granted or was purchased back from investors

"When it comes to utility-based tokens, where a business or project has issued tokens in advance based on the promise of future delivery of services," Vishwanath explains, "it's more comparable to a milk vendor who just destroyed the tokens (that he distributed at the beginning of the month to his customers) that he gets back on a day-to-day basis."

Whatever the cause for the burn, Vishwanath says that the community generally views it as a positive indication and that as the number of tokens available for trading decreases, the price tends to rise over time.

Crypto Burning 2022 - In a proof-of-stake protocol, burning tokens might also benefit those staking tokens to validate transactions. When a large number of tokens are removed from circulation, there's a good likelihood that their staking rewards will be worth more in US dollars.

Regular burning events are integrated into the coding of several programs. The goal is to reassure potential investors that the token's supply will continue to shrink in the future, alleviating fears about inflation or an overly diluted market. As a result, a token's appeal as a "store of value" may be enhanced by this method.

In an official release published on the Binance blog, Changpeng Zhao, co-founder and CEO of Binance, said, "The implementation of the BNB auto-burn is a natural next step in BNB's journey and will help the BNB community flourish by giving greater autonomy, transparency, and predictability."

Binance has pledged to burn 100 million BNB tokens every quarter, accounting for half of the total circulating supply. Since the scheme began in late 2017, the exchange has destroyed over 35 million tokens via quarterly burns, according to data source Coin Tools.

Token burns are ostensibly deflationary and are typically used to give cryptocurrencies a store of value appeal. Deflation is defined as a steady price decrease in traditional finance. A deflationary token is one whose circulating supply decreases over time, making it inflation-resistant or a store of value asset in the crypto world.

Zhao tweeted early Tuesday, along with the BNB burn news, "BNB is deflationary."
However, the 18th burn, which was described on Monday as the first-ever automated event, failed to place a bid beneath the coin. BNB was trading flat on the day near $474 at press time, after falling almost 4% on Monday.

In November 2021, the Terra project, for example, consumed 88.7 million LUNA tokens. The tokens were worth roughly $4.5 billion at the time, making it one of the greatest layer 1 token burning ever, according to the business.

The Terra community voted to approve the change. In the days that followed, the LUNA token reached a new all-time high price.

The intention of the fire was in part to devalue Terra's communal pool, which founder Do Kwon claimed was unnecessary. The burn effectively shifted value from the pool to individual token holders.

Thus we can conclude that the coin burn of cryptocurrencies is a very popular and positive step from the developers' end as it helps the supply to be at a limit and also pushes the price of the coin.

Thus for investors, crypto coin burn events is a very good step as it increases the demand and value of the coins. Thereby giving higher returns on their crypto investments. 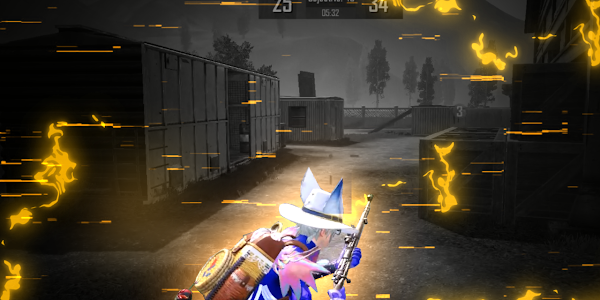